Long-standing client Paul bought a new track bike to race, which he wanted to have painted to mirror the design of the Yamaha YZF-R1 60th anniversary edition.  This features a yellow/black colour scheme with retro speed block graphics, to pay homage to Yamaha’s illustrious racing heritage.  Video below

Except Paul wanted his in blue, 2016 Yamaha YZF-R1 blue, to be specific.   So that’s what we did.  Paul dropped off his new race bodywork, which we laid out in our paint oven, inspected thoroughly and prepared the surfaces for a first coat of primer. 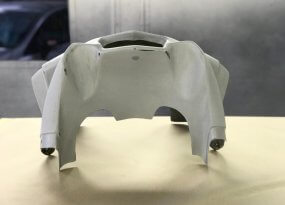 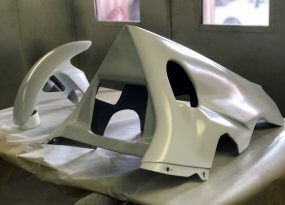 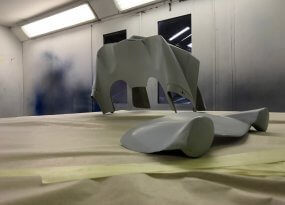 We added many more coats of primer, to ensure the finished paintwork for the Yamaha YZF- R1 looked perfectly smooth. 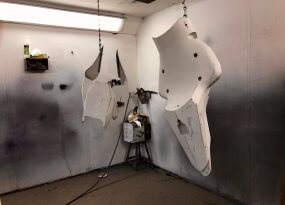 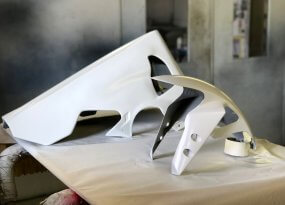 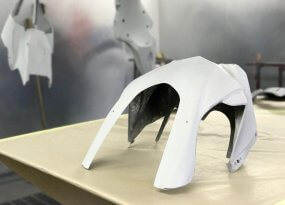 We then set about painting the body kit with an exact colour match. 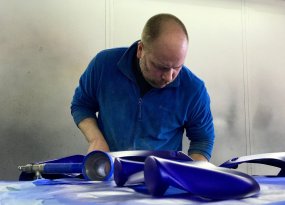 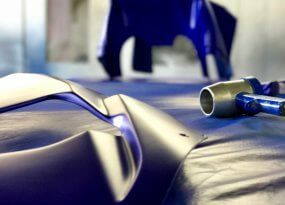 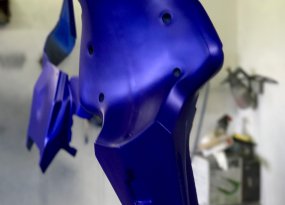 Next came the detail.  Marking out the sections to be sprayed black took a perfectionist’s eye to align correctly and ensure the finish was up to our high standards. 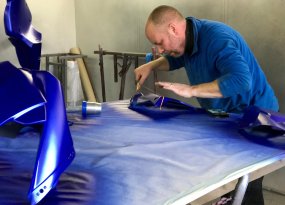 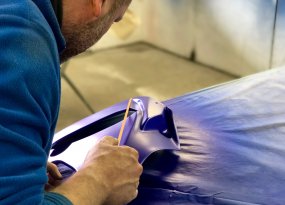 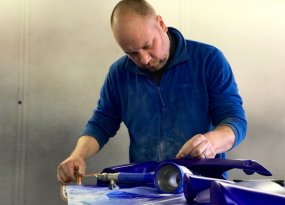 The job finished, Paul collected his body kit from our workshop.  Below is Paul’s bike with the new paintwork. He fitted the parts himself and applied the decals. 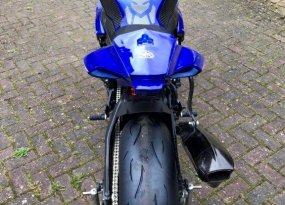 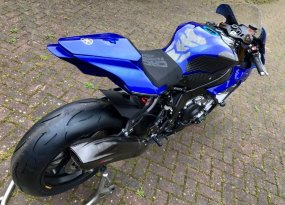 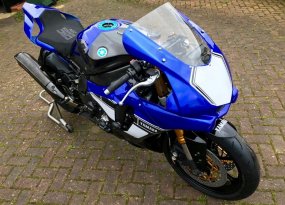 Out of the workshop and on the track

The bike is a 2015 Yamaha YZF-R1 . As it leaves the factory, the headline figures are 200PS output in a bike weighing 199Kg.    Fitted with the latest gyroscope equipped traction control, slide control, wheelie control and a whole host of other advanced electronics this translates into 0-60mph in 2.60 seconds, 0-100mph in 5.87 seconds, 0-150mph in 9.8 seconds, 0-180mph in 16.7 seconds and a top speed that is electronically limited to 186mph. These numbers all run pretty much in line with a McLaren P1 for the car drivers of the world to understand! 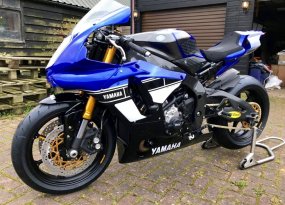 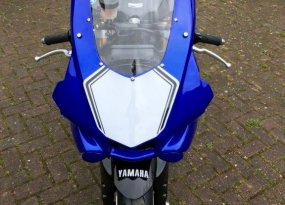 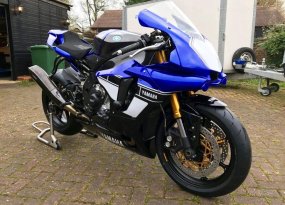 Paul has stripped all the road gear off the bike to reduce weight, added a high performance exhaust, flashed the ECU and removed the speed limiter, making the bike lighter and faster.

Naturally, Paul has up-graded the wheels, brakes, and suspension to make sure all this extra performance translates when his bike is on the track. Plus all the bodywork to make the bike a totally track focused machine.

It is certainly an awesome ride 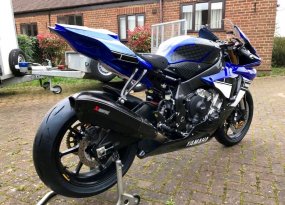 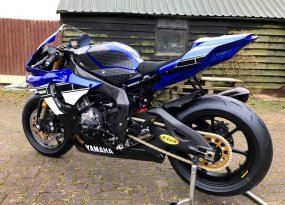 Over the last 15 years, along with a small group of friends, Paul has taken part in track days throughout the UK and Europe. He has ridden most of the UK circuits and several European tracks including Spa, Portimao and Nurburgring. “Silverstone has to be my favourite UK track”, says Paul. “Although Oulton Park, Cadwell Park, Brands Hatch and Snetterton all have their own individual appeal”.

“I aim to spend about 10 days on track per year and run with a selection of slick, intermediate and wet tyres to accommodate all conditions. A typical day includes six or seven 20-minute sessions on track, during which time I can burn 40 litres of fuel and take 50% wear out of a pair of tyres and brake pads. It is not a cheap pastime but nothing else I can think of gives you the same buzz and adrenalin rush!” 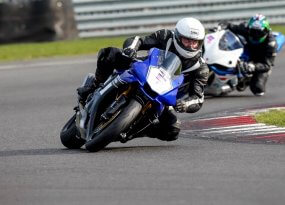 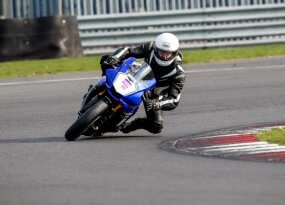 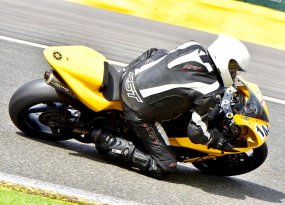